I’ve just finished going through most of the pictures from my most recent trip to the Sandals Grande St. Lucian, in St. Lucia. It was a incredible trip that my husband and I will remember forever. If you know anything about Sandals, then you know it’s an all-inclusive resort where you meals and drinks are all included. All-inclusive is not always gluten free friendly, but Sandals was amazing.

Flying from Dallas was an adventure in itself. We flew out Friday night into Charlotte and spent the night as our next flight didn’t take off until the next morning. Sadly, our flight form Charlotte to St. Lucia was delayed FOUR hours, so we didn’t arrive until after dark. It was a tiny airport, and getting through customs was super easy since we were the only people there. Sandal’s has a private lounge that they take you to once you land. You are then given snacks and water before leaving on an hour and a half van ride to the other side of the island. Thankfully, I didn’t get car sick, but it was a windy road around mountains.

When we finally arrived, we were given a cold towel and taken to check in at a private lounge. The lobby is gorgeous, and every area is open so that you can feel the amazing warm tropical air. 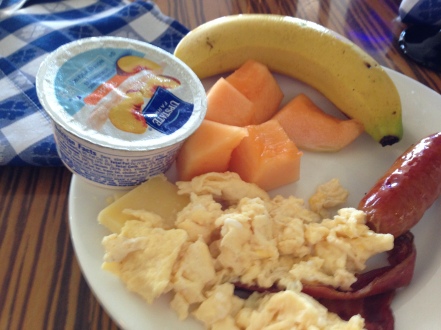 After getting some much needed sleep from all the travel, we headed down to the Bayside Buffet for breakfast. This was one of a few spots you could get breakfast from, but it seemed the easiest on the first day. I searched for some easy to identify gluten free options and found eggs, yogurt, fruit, smoothies, bacon, sausage, and cheese. They had cheerios too!

After breakfast, we got changed and headed down to explore the ocean and the pool. The beach was pretty but the pool had such a fun atmosphere.

We found some chairs that were shaded and set up for the afternoon. * Don’t pay any attention to my pale legs! Sadly this was after a spray tan. 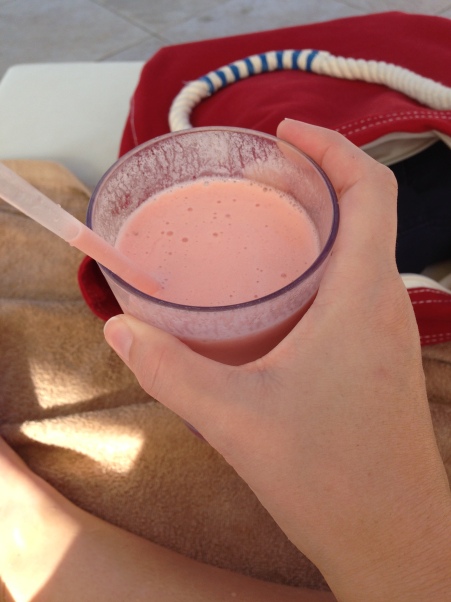 I kept seeing everyone drinking this delicious looking pink frozen drink. Finally I asked and then ordered one of their signature drinks, the hummingbird. OMG, it was like a banana split with rum. It was some combination of frozen banana, rum, cream of rum, and grenadine. I limited myself to one of these each day so things didn’t get out of hand!

After resting in the room for a while and getting cleaned up, we headed to dinner at Bombay, which is an Indian restaurant on site. All of the dishes were small and were perfect for sharing. Pretty much EVERYTHING on the menu was gluten free and so delicious. This was definitely one of our favorite restaurants. 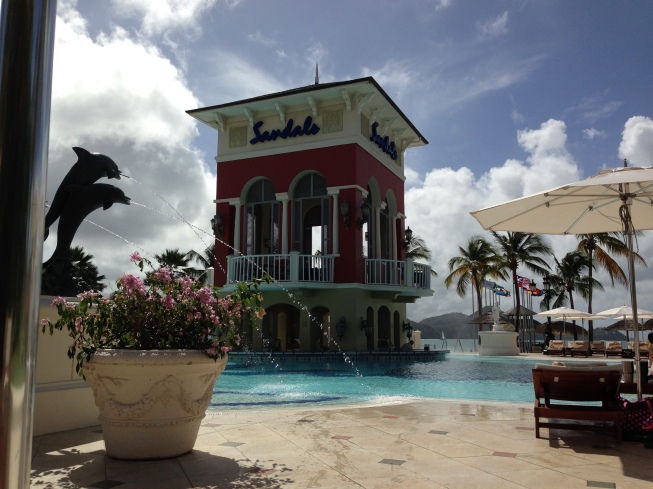 The next day, after kayaking just off the beach for a while, we parked up at the pool for another afternoon. The weather was perfect. It was mid 80’s all week with little tropical rain showers every now and then to cool us off.

Mid-day we headed back to the room for some shade and found a special treat and champagne waiting for us, with a cute note from the staff for our anniversary. The treat wasn’t gluten free, but I definitely took part in the champagne =). 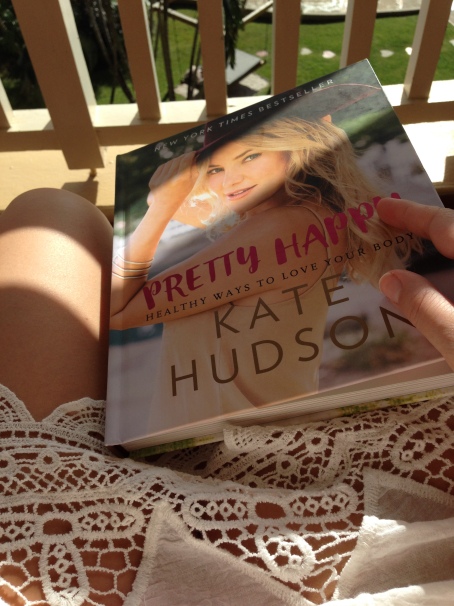 I hung out on our balconey for a while after and read my beach book for the week. I picked up Kate Hudson’s book “Pretty Happy”. There were some parts I didn’t agree with, like a section on cleanses, but overall, I thought it was a really positive read about loving your body. 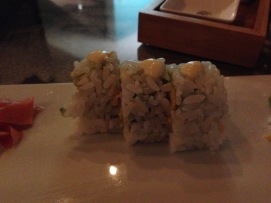 Before dinner that night, we headed to Soy for sushi appetizers. I had a crab roll that was wrapped in soy paper. I’m not usually a big sushi fan, but I really like this. It was made with real crab, not the imitation kind that usually has wheat, and was really light and fresh. For dinner we ate at Kimonos, which was a hibachi restaurant. Hibachi is usually off limits for those who have to eat gluten free, but they prepared me an entire feast in the back kitchen. I got to have exactly what everyone else was eating which was so nice. This place also had my favorite drink. It was some combo of sake and pineapple juice. Yum! 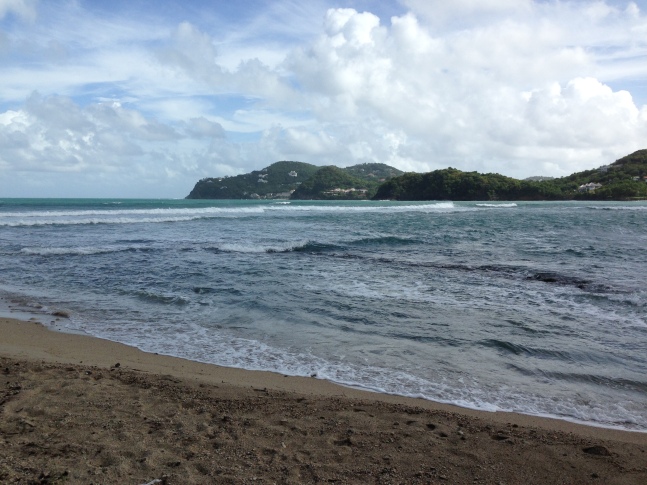 On our last full day, we hiked over to the national park right at the edge of where we were staying. We took some photos of the Atlantic ocean, which was much choppier than the protected Caribbean sea on the other side of our resort. 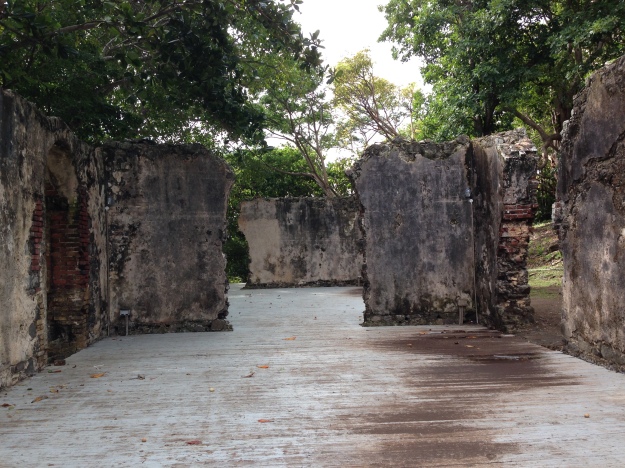 Finally, we hiked all the way to the top, for some spectacular 360 views.

On our final night, we ate at Gordon’s, which by far was the best meal we had the whole time. I had steak, lobster, salad, yummy sides, dessert, and bread, all gluten free! I would love to go back some day. The Island had so much history. Between the rain forest, beaches, and culture, it was an amazing vacation spot.

Hoping your 2017 is filled with fun trips and adventures!